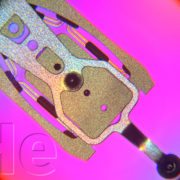 Helium Drive, the next revolution in data storage

The world of technology is advancing all the time. Sometimes things move quickly and your new gadget is out of date before you’ve barely gotten used to it! In the world of hard drives, things don’t tend to move so quickly. But, there’s a recent development that has already revolutionised the large-scale data storage market, that should soon be available direct to the consumer: the helium drive.

A helium drive is different from a ‘normal’ hard drive because it is encased in helium, rather than air. While that may not sound like something that should have a significant impact on data storage, it does.

The reason is that helium is a lot less dense than normal air, which is made up of a number of different gasses. That lower level of density means a helium drive can perform better than a traditional hard drive; it can spin faster and last longer while using less power and creating less heat.

That’s not all. The encasement used to keep the helium in place means there is a much lower chance that dust particles can enter into the filter systems associated with other hard drives. Those tiny dust particles can cause more damage than you might think to a hard drive, so this is another pretty big positive.

Those are among the main reasons behind a growing number of big companies and data storage firms switching to helium drives from more traditional hard drives.

So far so good

But, while there is talk of helium drives coming to the direct to consumer market, it’s unlikely to happen until one thing changes: pricing. At the moment, helium drives are a tad on the expensive side, which isn’t usually a good start if you want to enter the general consumer retail market. However, there are signs that this should change.

Western Digital subsidiary HGST, the company formerly known as Hitachi, was the first major producer of the helium drive. Early in 2016, however, Seagate began selling and shipping its own helium filled hard drives. And other firms are sure to follow. As with most industries, once a new trend, system or tech is proven, more firms find a way to get into the market. When more companies produce similar products, costs start falling.

Once more firms invest in this new technology, costs should start falling to levels considered low enough for the consumer retail market. Once that happens, then you can start using the same state-of-the art technology to store your important, personal data, in the same way big businesses and data storage centers do now. 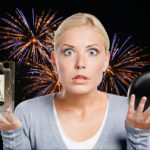